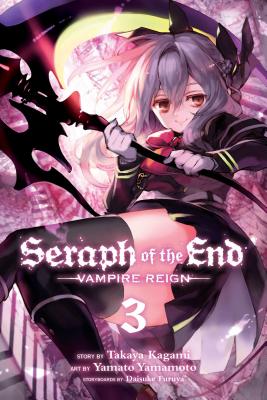 Seraph of the End, Vol. 3 (Paperback)

Yuichiro survives the trial to acquire Cursed Gear—demon-possessed weaponry that is humanity’s only hope for combating the vampire scourge. But times are dangerous, and instead of getting to celebrate his newfound power, Yuichiro and his friends are given their first mission: head to Shinjuku and investigate vampire activity. Unbeknownst to Yuichiro, Mika, his best friend and now a vampire, is headed for the same place.