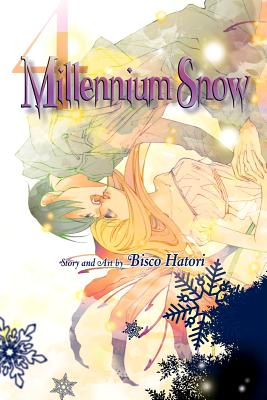 Romance blossoms between a handsome young vampire and an ailing teenage girl. Will they spend the millennium together?

Seventeen-year-old Chiyuki Matsuoka was born with heart problems, and her doctors say she won't live to see the next snow. Toya is an 18-year-old vampire who hates blood and refuses to make the traditional partnership with a human, whose life-giving blood would keep them both alive for a thousand years.

Toya still hasn’t agreed to make Chiyuki his partner, but while his opinion hasn’t budged, time has. It’s now their last year in high school, and Toya is facing the prospect of supporting himself for the rest of his long life. But even with Chiyuki’s calming influence, is Toya capable of holding down a job? And if he’s not, how will a lone vampire survive in this cold world?