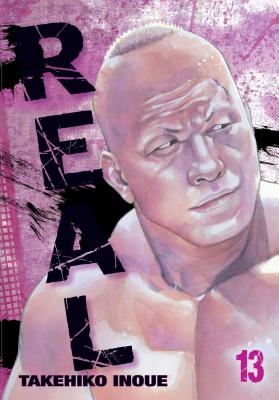 Eisner-award nominated creator Takehiko Inoue creates a dramatic tale of triumph over adversity. This is the story of three young men whose lives are profoundly changed by their involvement with wheelchair basketball.

Pro wrestling super heel of all time Scorpion Shiratori is determined to make a comeback, despite the fact that he doesn’t have the full use of his legs. Takahashi’s in the crowd and can barely watch. But will witnessing Shiratori attempt the impossible open up something new within Takahashi?

Takehiko Inoue is the creator of one of the most popular manga of all time, Slam Dunk, which has sold over 100 million copies worldwide. He followed that series up with two titles lauded by critics and fans alike—Vagabond, a fictional account of the life of Miyamoto Musashi, and Real, a manga about wheelchair basketball. Inoue is the recipient of numerous awards, including the prestigious Tezuka Osamu Culture Award and the Media Arts Festival Award. In addition to his work on manga, Inoue has worked on television commercials, character designs for video games, and is the founder of a scholarship to foster Japanese basketball talent.
Loading...
or
Not Currently Available for Direct Purchase