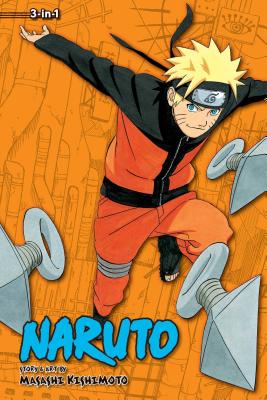 Naruto finally finds Sasuke! But Sasuke won’t return to Konoha without a fight. This time it might take all of the new Team Kakashi to bring him down—and bring him back. Then Naruto accelerates his training while the Akatsuki continue their assault on those with the Tailed Beasts inside them. Just how many ninja will fall to the evils of the Akatsuki?