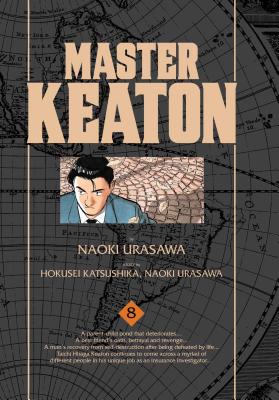 Taichi Hiraga Keaton is an insurance investigator educated in archaeology and trained in SAS survival combat who’s about to take on the world, one case at a time!

Taichi Hiraga Keaton, the son of a Japanese zoologist and an English noblewoman, is an insurance investigator known for his successful and unorthodox methods of investigation. Educated in archaeology and a former member of the SAS, Master Keaton uses his knowledge and combat training to uncover buried secrets, thwart would-be villains, and pursue the truth…

A parent-child bond that deteriorates… A best friend's oath, betrayal and revenge… A man's recovery from self-destruction after being defeated by life… Taichi Hiraga Keaton continues to come across a myriad of different people in his unique job as an insurance investigator…