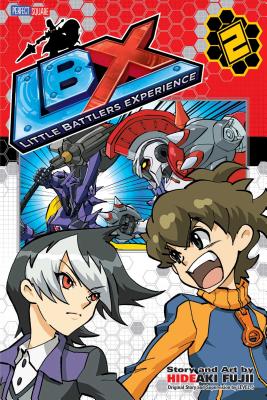 Welcome to the world of Little Battlers eXperience! In the near future, a boy named Van Yamano owns Achilles, a miniaturized robot made of a new super-strong industrial cardboard. But Achilles is no ordinary LBX. Hidden inside him is secret data that Van must keep out of the hands of evil at all costs!

Van enters the LBX World Tournament, Artemis, and begins to battle his opponents. He’s trained well, but he’s still a noob. Can he hold his own against the best of the best? His father’s true fate could hang in the balance.

Born on December 12, 1977 at Miyazaki Prefecture. Made his debut in 2000 with Shin Megami Tensei: Devil Children (Monthly Comic BomBom). Signature works are Battle Spirits Breakthrough Boy Bashin and others. Blood type A.
Loading...
or support indie stores by buying on
(This book is on backorder)