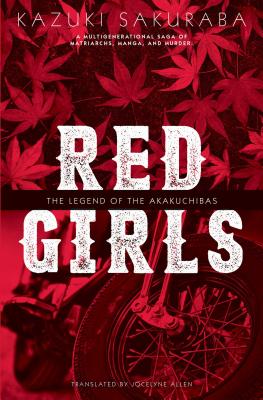 The Legend of the Akakuchibas

When the Outland People abandoned a baby girl on the outskirts of a village, few imagined that she would grow up to marry into the illustrious Akakuchiba family, much less that she would develop clairvoyant abilities and become matriarch of the illustrious ironworking clan. Her daughter shocks the village further by joining a motorcycle gang and becoming a famous manga artist. The Outlander’s granddaughter Toko—well, she’s nobody at all. A nobody worth entrusting with the secret that her grandmother was a murderer.

Kazuki Sakuraba was born in 1971. She began publishing while still in college. Her early Gosick light novels were best sellers, and her adult fiction is also popular and acclaimed. Red Girls won the Mystery Writers of Japan Award in 2007, and Watashi no otoko, a suspense novel about an incestuous relationship, won the Naoki Prize for popular fiction in 2008.
Loading...
or
Not Currently Available for Direct Purchase