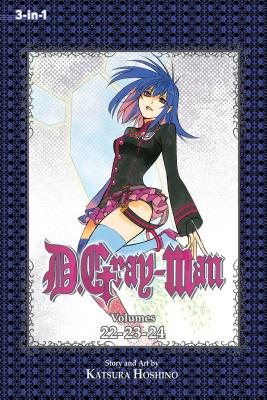 The popular series about a cursed teenage boy who saves mankind one soul at a time—now in an omnibus edition!

D.Gray-man is the story of Allen Walker, who roams a fictional 19th century Earth in search of Innocence, a mysterious substance used to fight demons called akuma.

Allen struggles as the Fourteenth—the mysterious Noah inside him—begins to awaken. When an independent-type Innocence tries to fuse with Allen, the Black Order determines Allen to be one of the Noah!