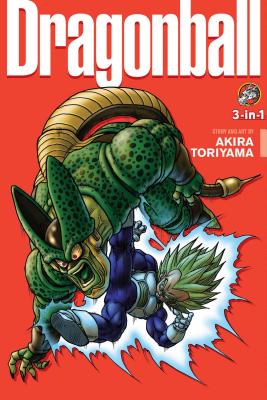 Earth faces its deadliest threat ever! Cell is a biologically engineered abomination constructed from the universe’s most powerful beings, including Goku, Vegeta, Piccolo and even Freeza! To increase his power and achieve his perfect form, Cell must absorb powerful warriors and steal their energy. Now Cell is about to issue a terrible ultimatum to Earth: produce one warrior who can stand up to Cell one-on-one or he will destroy every living thing on Earth!