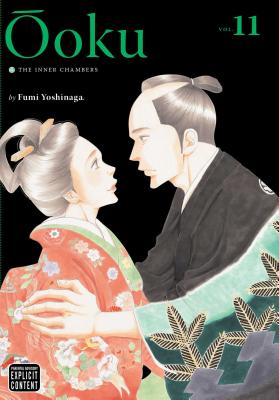 Tokugawa Harusada connived for years to place her son in the shogun’s seat, and now she’s enjoying holding all the reins of power while Ienari is relegated to breeding duties. But although his mother sees him as nothing but a mindless studhorse, Ienari has been reading The Chronicle of a Dying Day and dreaming of a better future for his country—one free of his mother’s increasingly cruel control.

Fumi Yoshinaga is a Tokyo-born manga creator who debuted in 1994 with Tsuki to Sandaru (The Moon and the Sandals). Yoshinaga has won numerous awards, including the 2009 Osamu Tezuka Cultural Prize for Ôoku, the 2002 Kodansha Manga Award for her series Antique Bakery, and the 2006 Japan Media Arts Festival Excellence Award for Ôoku. She was also nominated for the 2008 Eisner Award for Best Writer/Artist.
Loading...
or support indie stores by buying on
(This book is on backorder)