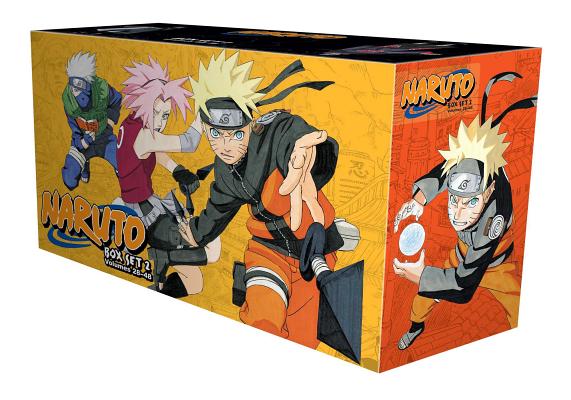 The second Naruto Box Set and the start of the Shippuden part of the story. This set features volumes 28~48 at a substantial savings over buying them individually, along with an exclusive mini-comic containing the pilot story of the series and a full-color, double-sided poster.

It's been more than two years since Naruto left to train with Jiraiya. Much has happened while he has been away, and new threats to the ninja world have emerged. Can Naruto prove his worth and rescue his friend Sasuke?

Author/artist Masashi Kishimoto was born in 1974 in rural Okayama Prefecture, Japan. After spending time in art college, he won the Hop Step Award for new manga artists with his manga Karakuri (Mechanism). Kishimoto decided to base his next story on traditional Japanese culture. His first version of Naruto, drawn in 1997, was a one-shot story about fox spirits; his final version, which debuted in Weekly Shonen Jump in 1999, quickly became the most popular ninja manga in Japan.
or
Buy Here
Copyright © 2020 American Booksellers Association