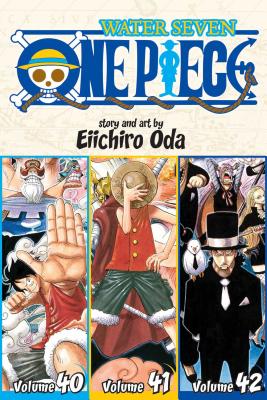 Inside the perilous sea gates of the so-called Judicial Island, members of Luffy’s crew are imprisoned in the Tower of Law, due to stand trial in a highly biased court full of World Government warmongers. Luffy’s quest to save his friends seems doomed…until he joins forces with a powerful consortium of shipwrights and street fighters. It's an explosive battle on the courthouse steps for Luffy and his Straw Hat pirates!

Eiichiro Oda began his manga career at the age of 17, when his one-shot cowboy manga Wanted! won second place in the coveted Tezuka manga awards. Oda went on to work as an assistant to some of the biggest manga artists in the industry, including Nobuhiro Watsuki, before winning the Hop Step Award for new artists. His pirate adventure One Piece, which debuted in Weekly Shonen Jump magazine in 1997, quickly became one of the most popular manga in Japan.
or support indie stores by buying on
Copyright © 2020 American Booksellers Association