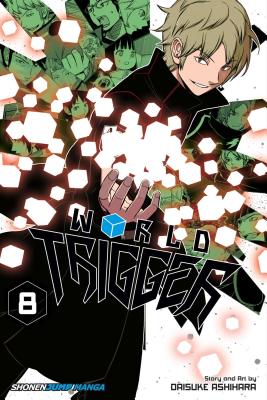 You thought your neighbors were bad...but at least they're not aliens trying to kill you Destroy thy Neighbor A gate to another dimension has burst open, and invincible monsters called Neighbors invade Earth. Osamu Mikumo may not be the best among the elite warriors who co-opt other-dimensional technology to fight back, but along with his Neighbor friend Yuma, he'll do whatever it takes to defend life on Earth as we know it. As the Neighbor invasion continues, Osamu's brave defense of Chika lands him in combat against the Neighbor commander Border's weakest agent will have to do better than his best to win against a Trigger that seems to generate life itself.