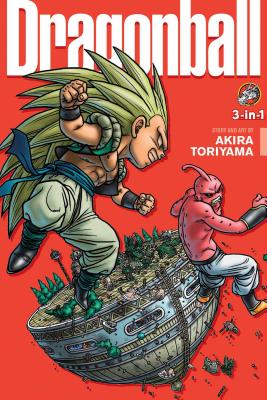 Dragon Ball introduces a young monkey-tailed boy named Goku (a wry update of the classic Chinese ""Monkey King"" legend), whose quiet life changes when he meets a girl named Bulma who is on a quest to collect seven ""Dragon Balls."" If she gathers them all, an incredibly powerful dragon will appear and grant her one wish. But the precious orbs are scattered all over the world, and Bulma could use the help of a certain super-strong boy...

With the Saiyans forced to retreat and Goku back in the Underworld, the universe’s ultimate champions desperately train to find a way to stop the evil Boo! Gohan undergoes a bizarre training regimen with the former Lord of Lords, while Trunks and Goten rush to perfect their fusion dance—but will it be enough? If only there was a way to bring Goku and Vegeta back to Earth… Don’t miss the thrilling conclusion to this colossal manga classic!