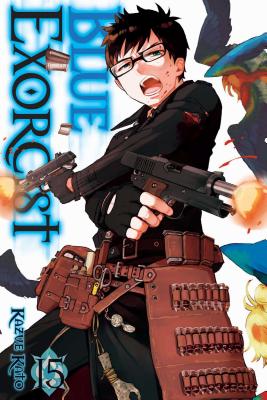 The operation against Professor Gedoin’s diabolical Dream Town Inari is just the opening round in the growing conflict between the Knights of the True Cross and the Illuminati. As both sides regroup and lay plans for the future, the Exwires try to come to terms with what has happened. Though Izumo finds some peace and a new sense of purpose, serious questions about Renzo Shima’s betrayal still need to be answered. It’s not an easy thing for Rin and his friends to learn that they have become pawns in Mephisto’s schemes, but the game is on!