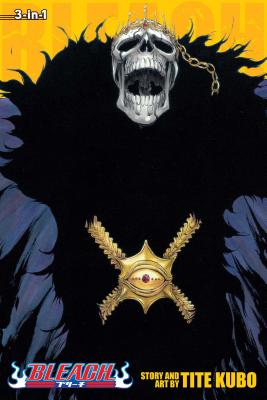 The Battle for Karakura Town is heading towards a grim conclusion as Ichigo and his allies continue the bloody melee against Aizen’s Espada horde! But there are old ties between the factions, pitting friend against friend. In the end, Captain General Yamamoto himself faces off against Aizen, but what if even his legendary strength isn’t enough to defeat the ultimate traitor?!