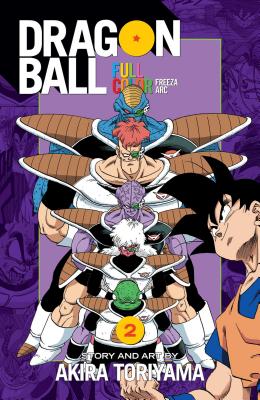 Goku and his friends journey to the planet Namek to confront the deadliest enemies Earth has ever seen—in full color!

After years of training and adventure, Goku has become Earth's ultimate warrior. And his son, Gohan, shows even greater promise. But the stakes are increasing as even deadlier enemies threaten the planet. Now experience this legendary manga classic in full color!

Gohan and Kuririn struggle to keep the last Dragon Ball from falling into Freeza and Vegeta’s possession, but how will they fare against Freeza’s Ginyu Force—a group of five of the strongest fighters in the galaxy? If they want to survive, they may have to do the unthinkable and team up with Vegeta!