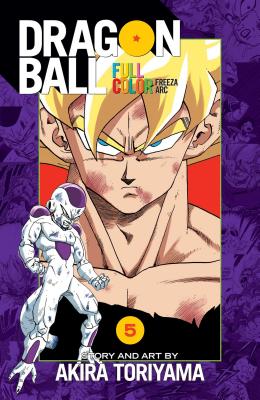 Goku and his friends journey to the planet Namek to confront the deadliest enemies Earth has ever seen—in full color!

After years of training and adventure, Goku has become Earth's ultimate warrior. And his son, Gohan, shows even greater promise. But the stakes are increasing as even deadlier enemies threaten the planet. Now experience this legendary manga classic in full color!

Freeza’s transformation is complete, and his power is unbelievably immense. The Dragon Balls have been gathered, the Dragon Lord summoned and one final wish remains. But before anyone can make that wish, it’s time for the final showdown between Freeza and Goku, the Super Saiyan!