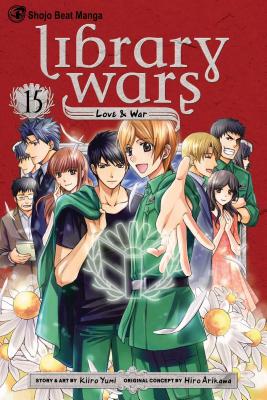 The war between the Library Forces and the government’s censorship committee heats up! Iku Kasahara, once a lowly Library Forces recruit, is now a high-profile militia member, undercover and off the radar as she accompanies a censored author to a foreign embassy. All the while, her mentor and secret love Dojo is recovering from a gunshot wound. The last time she saw Dojo, Iku vowed to tell him her true feelings, but now she’s not sure she can go through with it. Are Iku and Dojo destined to be together, or will the battle for books tear them apart?