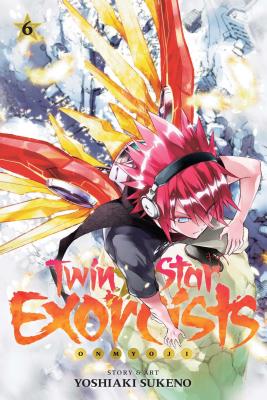 The “Twin Star Exorcists” are fated to produce the child prophesied to end the war with the monstrous Kegare… But can Rokuro and Benio get along for five minutes, let alone save the world?

Benio and Rokuro have trained for two arduous years to earn permission to journey to Tsuchimikado Island to fight the Kegare—but first they must pass their qualification test! Will their examiner’s crush on one of them make things easier…or more difficult?

Yoshiaki Sukeno was born July 23, 1981, in Wakayama, Japan. He graduated from Kyoto Seika University, where he studied manga. In 2006, he won the Tezuka Award for Best Newcomer Shonen Manga Artist. In 2008, he began his previous work, the supernatural comedy Binbougami ga!, which was adapted into the anime Good Luck Girl! in 2012.
Loading...
or support indie stores by buying on