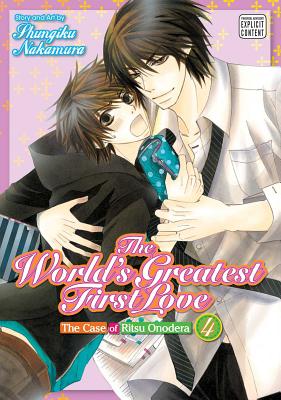 Ritsu Onodera, an editor in the shojo manga department of Marukawa Publishing, has the worst work environment possible, primarily because it’s run by his former first love, hotshot editor in chief Masamune Takano! To make matters worse, it’s possible that in a recent drunken stupor Ritsu went all the way with his boss. Unfortunately, thanks to an alcohol-induced blackout, he can’t remember! But time waits for no one, so work in the editorial department gears up for the year-end rush, and to add to the craziness, Takano declares that all he wants for his birthday on Christmas Eve is to go on a romantic drive with Ritsu!