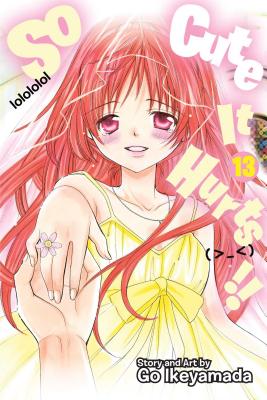 The Kobayashi twins discover that cross-dressing as each other leads to trouble and true love!

The Kobayashi twins, Megumu and Mitsuru, were named after historical figures, but only Megumu has grown up with a taste for history. So when Mitsuru is in danger of losing his weekends to extra history classes, he convinces his sister to swap clothes with him and ace his tests! After all, how hard can it be for them to play each other?

Having a long-distance relationship isn’t the easiest thing for Megumu and Aoi, but after a romantic evening and a standoff with her parents, their relationship is stronger than ever. And now that Mitsuru finally has a life goal (to beat Azusa’s other fiancé in the national pre-exams and win her hand), he’s pouring all his fierce energy into securing their future. But despite how promising their lives seem, the twins are having ominous dreams. Are the nightmares just a symptom of stress, or is something more prophetic going on…?

Go Ikeyamada is a Gemini from Miyagi Prefecture whose hobbies include taking naps and watching movies. Her debut manga Get Love!! appeared in Shojo Comic in 2002, and her current work So Cute It Hurts!! (Kobayashi ga Kawai Suguite Tsurai!!) is published by VIZ Media.
Loading...
or support indie stores by buying on