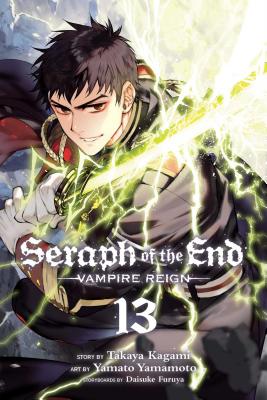 Ferid successfully coerces Shinoa Squad and Mika into joining him and Crowley on a field trip to Osaka. According to Ferid, the purpose of the trip is to see the truth behind the Calamity that ended the world—ground zero of the apocalypse. But not all is as it seems, as vampire nobles from across the world are also converging on Osaka.