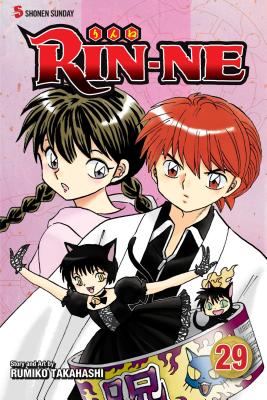 After Rinne and Rokumon see a poster about a lost kitten in the Afterlife, Kain’s black cat goes missing too. The plot thickens when Rokumon goes after the missing cats and disappears as well! Can Rinne figure out the mystery of the vanishing black cats?!