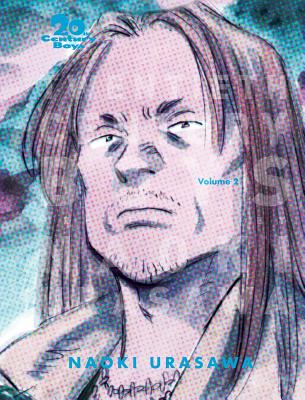 With killer bacteria attacks on San Francisco and London underway, the plot to destroy the world that Kenji imagined as a boy is playing out in real life through the actions of the Friend. What will happen next? Only one person knows. Only one person can save the world, and that person is Kenji. Firing up his guitar and making up his mind to stand up, Kenji heads to the concert hall where the Friend awaits…

No stranger to accolades and awards, Urasawa received the 2011 and 2013 Eisner Award for Best U.S. Edition of International Material—Asia, as well as an award at the Angoulême International Comics Festival, and is a three-time recipient of the prestigious Shogakukan Manga Award, a two-time recipient of the Osamu Tezuka Cultural Prize, and also received the Kodansha Manga Award. Urasawa has also become involved in the world of academia, and in 2008 accepted a guest teaching post at Nagoya Zokei University, where he teaches courses in, of course, manga.
Loading...
or support indie stores by buying on
(This book is on backorder)