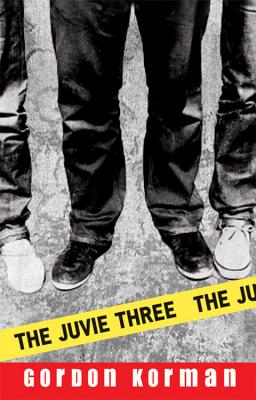 Terence Florian ran with the worst gang in Chicago.

All three boys are serving time in juvenile detention centers until they get a second chance at life in the form of Douglas Healy. A former juvenile delinquent himself, Healy is running an experimental halfway house in New York City where he wants to make a difference in the lives of kids like Gecko, Terence, and Arjay.

Things are going well, until one night Healy is accidentally knocked unconscious while trying to break up a scuffle among the boys. Terrified of the consequences, they drop him off at a hospital and run away. But when Healy awakes, he has no memory of them or the halfway house. Afraid of being sent back to Juvie, the guys hatch a crazy scheme to continue on as if the group leader never left. They will go to school, do their community service, attend therapy, and act like model citizens until Healy's memory returns and he can resume his place with them.

But life keeps getting in the way . . . like when Gecko finds romance. Or Arjay gets famous. Or Terence starts reverting to his old ways. If the boys are discovered, their second chance will be their last.

Gordon Korman wrote his first book at age fourteen and since then has written more than eighty middle grade and teen novels. His favorites include the New York Times bestselling The 39 Clues: Cahills vs. Vespers, Book One: The Medusa Plot; Ungifted; Pop; and Schooled. Gordon lives with his family on Long Island, New York. He invites you to visit him online at GordonKorman.com.
Loading...
or
Not Currently Available for Direct Purchase