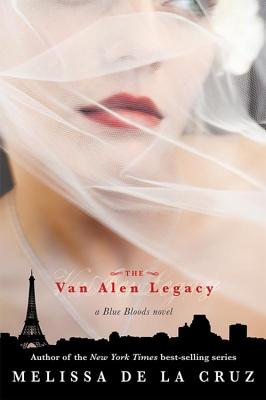 With the stunning revelation surrounding Bliss's true identity comes the growing threat of the sinister Silver Bloods. Once left to live the glamorous life in New York City, the Blue Bloods now find themselves in an epic battle for survival. Not to worry, love is still in the air for the young vampires of the Upper East Side. Or is it? Jack and Schuyler are over. Oliver's brokenhearted. And only the cunning Mimi seems to be happily engaged.

Melissa de la Cruz (www.melissa-delacruz.com) is the author of many best-selling novels, including the first three books in the Blue Bloods series, Blue Bloods, Masquerade, and Revelations; the Au Pairs series; the Ashleys series; and Angels on Sunset Boulevard. She lives in Los Angeles with her husband and daughter and is hard at work on the next book in the blue Bloods saga. While Melissa is not a Blue Blood, she knows people who are….
Loading...
or
Not Currently Available for Direct Purchase