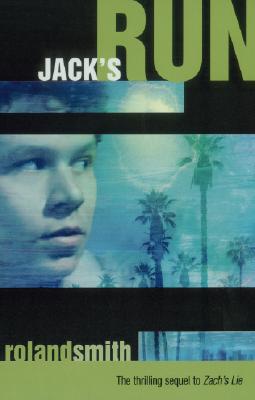 When Jack Osborne's father was arrested for drug trafficking, he agreed to tell the authorities everything he knew about his ex-boss, the ruthless drug czar Alonzo Asnar. But betraying a man as powerful as Alonzo has consequences. The Osbornes have spent the last year in hiding, forced to take on new identities and live under the close surveillance of the Witness Security Program.

Now, with his trial date fast approaching, Alonzo's hunt for Jack's family intensifies. One slip up, and Alonzo will find them, making sure no Osborne survives to testify against him. Jack has messed up once before, and he won't do it again. Unfortunately, someone else in the family hasn't been as careful?.

Roland Smith is the author of Zach's Lie, an ALA Quick Pick for Reluctant Readers; Cryptid Hunters; Thunder Cave; Jaguar; The Last Lobo; and Sasquatch. He lives outside of Portland, Oregon, with his wife Marie, who also writes children's books.
Loading...
or support indie stores by buying on