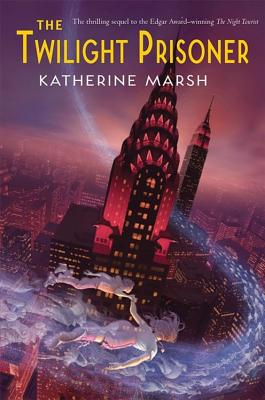 After traveling to the ghostly underworld beneath New York City, Jack has made it back aboveground, to join the living. But if he's alive why is he still seeing ghosts?

Jack tries hard to fit in at his new school-and tries even harder to win the affections of his Latin classmate and friend, Cora. In an effort to impress her, Jack leads Cora to the entrance of the underworld and makes a terrible mistake. Soon they have crossed the threshold, and there may be no getting back.

Like The Night Tourist, this exciting sequel blends together the modern-day world and mythology-this time cleverly introducing readers to myth of Persephone and Eros.

Katherine Marsh taught high school for a while before she moved to New York City and started writing for Good Housekeeping and then Rolling Stone magazines. Her nonfiction stories about the city have appeared in The New York Times and other publications. She is currently the managing editor of The New Republic magazine, where she edits articles on politics and culture. A native of the Empire State, she currently lives in Washington, DC, with her husband and two cats.
Loading...
or
Not Currently Available for Direct Purchase