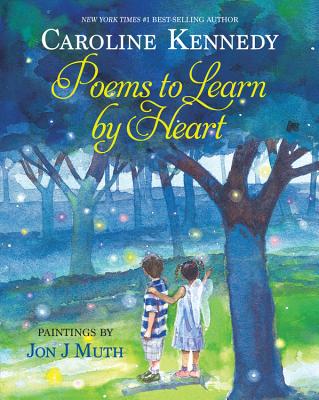 Poems to Learn by Heart

In this diverse collection, a companion to her New York Times #1 best-seller A Family of Poems, Caroline Kennedy has chosen more than a hundred poems that speak to all of us​: the young and young at heart, readers new to poetry, and devoted fans

There's a poem to celebrate every moment in life, whether it's hitting a home run, watching a sunset, or laughing with your best friend. A poem is a gift of the heart that can inspire, reassure, or challenge us. Memorize it. Share it. It's yours forever. These lovingly selected poems explore deep emotions, as well as ordinary experiences. They cover the range of human experience and imagination. Divided into sections about nature, sports, monsters and fairies, friendship and family, this book is full of surprises. Each section is preceded by Caroline's thoughtful introduction reflecting her own family's engagement with and enjoyment of poetry.

Illustrated with striking watercolor paintings by award-winning artist Jon J Muth, this is truly a book for all ages and interests, and one that families will want to share for years to come.