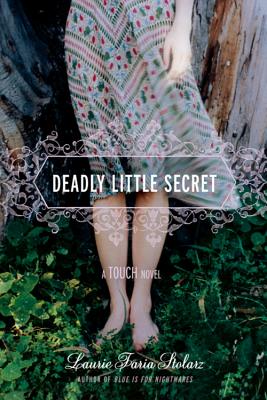 Some secrets shouldn't be kept...

Until three months ago, everything in sixteen-year-old Camelia's life had been fairly ordinary: decent grades, an okay relationship with her parents, and a pretty cool part-time job at the art studio downtown. But when a mysterious boy named Ben starts junior year at her high school, Camelia's life becomes anything but ordinary.

Rumored to be somehow responsible for his ex-girlfriend's accidental death, Ben is immediately ostracized by everyone on campus. Except for Camelia. She's reluctant to believe he's trouble, even when her friends try to convince her otherwise. Instead, she's inexplicably drawn to Ben and to his touch. But soon, Camelia is receiving eerie phone calls and strange packages with threatening notes. Ben insists she is in danger, and that he can help-but can he be trusted? She knows he's hiding something... but he's not the only one with a secret.

From the best-selling author of Blue is for Nightmares comes a new series that's sure to be a thrilling and chilling teen favorite.

Laurie Faria Stolarz is the author of "Deadly Little Secret" and "Bleed," as well as the highly popular young adult novels "Blue Is for Nightmares," "White Is for Magic," "Silver Is for Secrets," and "Red Is for Remembrance." Born and raised in Salem, Massachusetts, Stolarz attended Merrimack College and received an MFA in Creative Writing from Emerson College in Boston. For more information, please visit her Web site at www.lauriestolarz.com.
or
Not Currently Available for Direct Purchase
Copyright © 2020 American Booksellers Association