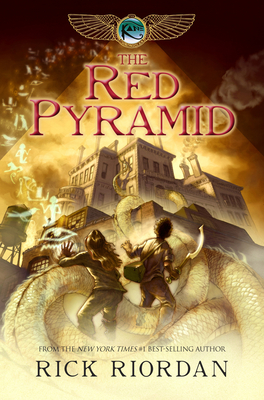 The bestselling author of Percy Jackson and the Olympians takes on ancient Egypt in the first book of a trilogy that offers a modern-day portal into a rich fantastical world of ancient myth.
“Fans of the Riordan magic--equal parts danger, myth, and irreverence--will embrace this new series with open arms.”—The Horn BookSince their mother’s death, Carter and Sadie have become near strangers. While Sadie has lived with her grandparents in London, her brother has traveled the world with their father, the brilliant Egyptologist, Dr. Julius Kane.