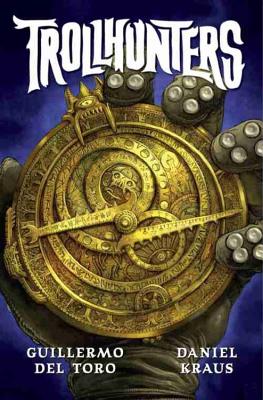 Guillermo del Toro is one of the most creative and visionary artists of his generation whose distinctive style is showcased through his work as a filmmaker, screenwriter, producer and author. Born in Guadalajara, Mexico, del Toro first gained worldwide recognition for the 1993 Mexican-American co-production "Cronos," a supernatural horror film. In 2004, del Toro directed and co-wrote the action-adventure sci-fi thriller "Hellboy" starring Ron Perlman in the title role. Del Toro earned international acclaim as the director, writer and producer of the 2006 fantasy drama "Pan's Labyrinth." In all, the film garnered more than 40 international awards and appeared on more than 35 critics' lists of the year's best films. In 2013, del Toro wrote and directed the epic sci-fi action-adventure "Pacific Rim" starring Charlie Hunnam and Idris Elba, which has grossed over $400 million worldwide.

Del Toro has also turned his attention to publishing. With novelist Chuck Hogan, he co-authored the vampire horror novel "The Strain," which was published in June 2009 by William Morrow. They have since collaborated on "The Fall" and "The Night Eternal" which make up "The Strain Trilogy." All three books debuted as The New York Times top-ten bestsellers. Dark Horse Comics has also issued a graphic novel series adapted from the trilogy. In October 2013, Harper Design published "Guillermo del Toro Cabinet of Curiosities," a lavishly illustrated book that contains notes, drawings, and untold creatures from del Toro's private journals and filmmaking diaries, with never-before-seen characters, art, and ideas of things to come.

Daniel Kraus is the award-winning author of "Scowler" and "Rotters, "and is the director of six feature films. He lives with his wife in Chicago.

Sean Murray is an illustrator, concept artist, author and teacher known for his work on video games such as "Dungeons & Dragons Online" and "The Lord of the Rings Online," as well as the creator of The World of Gateway, which includes his fantasy guidebook "Gateway: The Book of Wizards" and the upcoming card game "Gateway Uprising."
Loading...
or
Not Currently Available for Direct Purchase