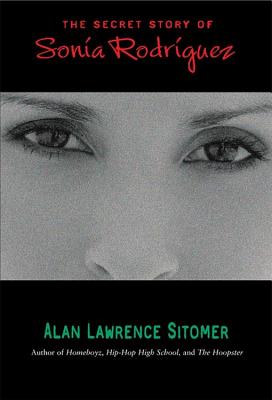 The Secret Story of Sonia Rodriguez

Sonia Rodriguez was born in the United States, but her parents are Mexican immigrants who came to California before she was born. Her father has three Social Security numbers, her mother is pregnant (again), and neither of them speaks English. Sonia's mother spends most of her time in bed, watching soap operas, and letting Sonia clean up after her brothers. Sonia's father works dutifully to support his family, but he knows that his daughter's dreams are bigger than making tamales for family get-togethers. When Sonia attempts to put school work before her familia, her mother decides that it's time for Sonia to visit her grandmother in Mexico to learn "the ways of the old world." While in Mexico, Sonia gets to know her wise grandmother and her cousin Maria, who teach her that while familia is important, the most important thing is to follow your heart. Sonia returns to the States determined to succeed in school, but the birth of her new twin siblings, inappropriate advances from her drunk uncle (Drunkle), and a forbidden relationship with an El Salvadorian boy push school to the back burner. If only Sonia can find the time to cook dinner, secretly meet with her boyfriend, avoid her Drunkle, AND finish her homework, she just might be able to graduate from high school. . . .

Alan Lawrence Sitomer is a nationally renowned speaker and was California's Teacher of the Year in 2007. He is also the author of multiple works for young readers, including Daddies Do It Different, Nerd Girls, the Hoopster trilogy, Cinder-Smella, and The Alan Sitomer BookJam. He lives in Los Angeles with his wife and daughter.
Loading...
or
Not Currently Available for Direct Purchase