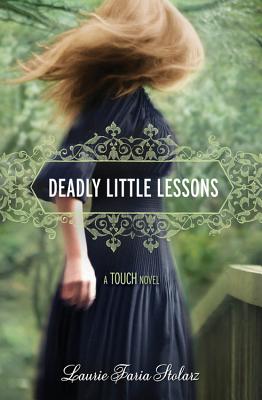 Camelia's junior year of high school is finally over...but her troubles aren't. After she discovers a painful truth about her family, she escapes to a summer arts program in Rhode Island, determined to put family - and boyfriend - dramas behind her.

At the arts school, she gets caught up in the case of Sasha Beckerman, a local girl who's gone missing. Even though all signs suggest that the teen ran away, Camelia senses otherwise. Eager to help the girl, she launches her own investigation. While reviewing the details online, she stumbles across a blog by someone named Neal Moche, a fellow psychometric. With Ben away, Camelia feels as if she's found a kindred spirit in Neal. That sense of connection also makes Camelia realize how much she misses Ben, despite being committed to Adam.

But time is running out for Sasha, and Camelia will have to trust her powers more than ever. Will the lessons she has learned give her the strength to save Sasha before it's too late?

Laurie Faria Stolarz (www.LaurieStolarz.com) is the author of all the books in the Touch series, Deadly Little Secret, Deadly Little Lies, Deadly Little Games, and Deadly Little Voices, as well as the highly popular "Blue Is for Nightmares," "White Is for Magic," "Silver Is for Secrets," Red Is for Remembrance, and Black Is for Beginnings. Her other Hyperion titles include Bleed and Project 17. Born and raised in Salem, Massachusetts, Stolarz attended Merrimack College and received an MFA in Creative Writing from Emerson College in Boston. For more information, please visit her web site at www.lauriestolarz.com
or
Not Currently Available for Direct Purchase
Copyright © 2020 American Booksellers Association