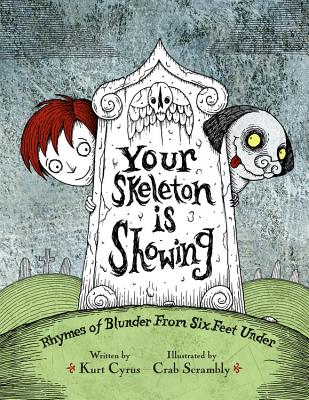 Your Skeleton is Showing

Rhymes of Blunder From Six Feet Under

Kurt Cyrus has written and illustrated numerous picture books, including Tadpole Rex and its companion The Voyage of Turtle Rex. He has illustrated books by other writers as well, such as The Bones of Fred McFee by Eve Bunting, Mammoths on the Move by Lisa Wheeler, and the Pals in Peril series by M. T. Anderson. He lives in Cottage Grove, Oregon. Visit him at www.kurtcyrus.com.

Crab Scrambly's art appears in several books, as well as on T-shirts and album covers. This is his debut picture book. Find him on the web at www.crabscrambly.com.
or
Not Currently Available for Direct Purchase