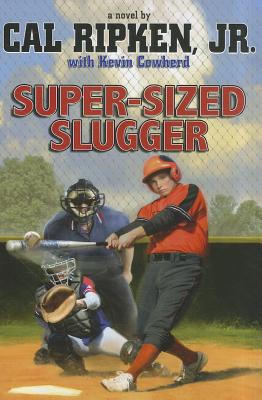 Cody Parker is the new kid in school. He's overweight, scared and hates his new life in Dullsville, Maryland, aka Baltimore, where he's a target okay, a big target for brutal teasing. But he loves baseball. And despite his size, he plays third base like a dream. Too bad he's competing for the starting job on the Orioles of the Dulaney Babe Ruth League against budding hoodlum Dante Rizzo, who vows to squeeze Cody's head like a grape if he beats him out. Life gets even more complicated when Cody's school, York Middle, is beset by a rash of mysterious thefts, a crime wave that threatens to sideline Cody and ruin a golden season for the Orioles. Will Cody ever succeed in getting people to see him for who he really is?

Cal Ripken, Jr. was a shortstop and third baseman for the Baltimore Orioles for his entire twenty-one-season career (1981-2001). Nicknamed "The Iron Man" for his work ethic and reliability on the field, Cal Ripken, Jr. is most remembered for playing a record 2,632 straight games over seventeen seasons, shattering the record previously held by the legendary Lou Gehrig. Cal was a nineteen-time all-star and is one of eight players in history to amass over 400 home runs and 3,000 hits. In 2007 he was inducted into the National Baseball Hall of Fame, after earning the most votes in history. Mr. Ripken is CEO of Ripken Baseball, Inc., a company dedicated to growing the game of baseball at the grassroots level. He currently lives in Maryland with his wife and two children.

Kevin Cowherd is an award-winning sports columnist with the "Baltimore Sun." He has also written for "Men's Health," "Parenting," and "Baseball Digest" magazines and is the author of a collection of columns, "Last Call at the 7-Eleven." He has coached youth baseball, basketball, and soccer teams for many years. He lives near Baltimore, Maryland with his wife and three children.
or
Not Currently Available for Direct Purchase