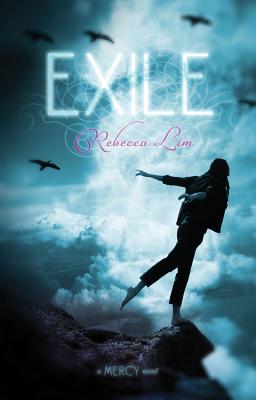 Mercy is an angel in exile and is doomed to return repeatedly to Earth, taking on a new human form each time she does. Now she "wakes" as unhappy teen Lela, a girl caring for her dying mother but never herself.
As Mercy's shattered memory begins to return, she remembers Ryan, the boy she fell in love with in another life, and Luc, the angel haunting her dreams. Will Mercy risk Lela's life to be reunited with her heart's true desire?
An electric combination of angels, mystery and romance, " Exile" is the second book in the undeniably mesmerizing "Mercy" series. PRAISE FOR EXILE
"The second installment in the paranormal-thriller series Mercy draws readers into fast-moving scenes, introduces unpredictable characters and further refines the series' underlying celestial mythology. . . . A page-turning sequel that moves this series forward; it should please fans of the first." -"Kirkus "
"This dark fantasy with its realistically edgy dialogue and gutsy heroine should prove popular with paranormal romance and urban fantasy fans." -"VOYA"
PRAISE FOR MERCY"This thriller has a creepiness that keeps the pages turning."-Kirkus Reviews "Vivid prose highlighting Mercy's sense of isolation will draw readers in...while dramatic tension and the mystery of Mercy's Quantum Leap style body-hopping ought to keep their attention." -Publishers Weekly "Mercy is a page-turning mystery with touches of romance. Rebecca Lim has created a modern-day Quantum Leap for the teen set (but with angels): well-rounded characters, including a particularly strong heroine; beautiful prose; and a dark and twisting plot that kept me guessing until the very end. Readers will be begging for the sequel."-Laurie Faria Stolarz, author of the Touch andBlue Is for Nightmares series
"Subtly beautiful and utterly intriguing, Rebecca Lim's "Mercy" series brims with mystery and romance that pull readers through the veil between worlds real and mythical."- Andrea Cremer, "New York Times "best-selling author of the "Nightshade "series.

Rebecca Lim is a writer and illustrator based in Melbourne, Australia. She worked as a commercial lawyer for several years before leaving to write full time. Rebecca is the author of fourteen books for children and young adult readers, and her novels have been translated into German, French, Turkish and Portuguese.
Loading...
or
Not Currently Available for Direct Purchase