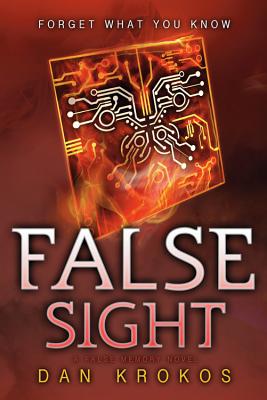 All Miranda wants is a normal life. She's determined to move past the horrible truth of her origin as a clone so she can enjoy time with her boyfriend, Peter, and the rest of her friends at school. But Miranda quickly learns that there's no such thing as normal-not for a girl who was raised to be a weapon. When one of Miranda's teammates turns rogue, it begins a war that puts the world in jeopardy. Now, Miranda must follow her instincts-not her heart-in order to save everything she's fought so hard to keep. With the image of a terrible future seared in her mind, what will Miranda have to sacrifice to protect the people she loves?

Dan Krokos's sequel to the tour-de-force False Memory is a mind-blowing thriller with high-octane action that will leave readers begging for the final book in this bold and powerful trilogy.

After pumping gas for nine years to put himself through college, Dan Krokos became a full-time writer. He enjoys watching TV, playing MMORPGs, and drinking coffee. Follow his antics on twitter (@DanKrokos) or visit his Web site, www.dankrokos.com.
Loading...
or
Not Currently Available for Direct Purchase