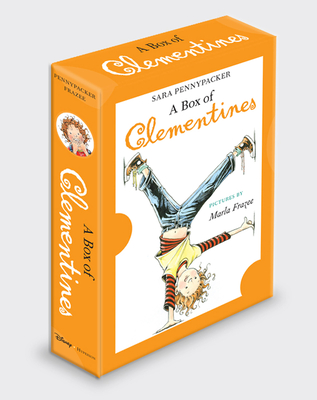 This New York Times bestselling chapter book series has been keeping readers engaged and laughing for more than a decade with over one million copies sold!
This brightly colored boxed set contains the paperback editions of Clementine, The Talented Clementine, and Clementine's Letter -- the first three books in the best-selling series about an unforgettable third grade girl named Clementine.
Sara Pennypacker's character, with her unique perspective on school, friends, and family, has been compared to Beverly Clearly's Ramona. Caldecott Honoree Marla Frazee brilliantly brings Clementine to life with detailed pen-and-ink illustrations throughout.
This is the perfect gift for readers who are hankering for their first chapter book.