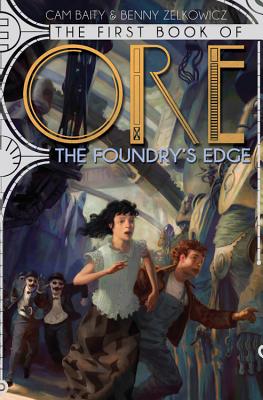 The First Book of Ore

The Foundry's Edge (The Books of Ore #1)

CAM BAITY & BENNY ZELKOWICZ are writers, animators, and filmmakers who began collaborating after meeting at California Institute of the Arts. A Texas native, Cam has made several short films, and his work has been screened at numerous festivals around the globe, including the BBC British Short Film Festival. In addition, he worked on the motion picture Team America: World Police as well as the award-winning television series SpongeBob SquarePants. Canadian-born Benny studied science before turning his attention to animation, and his celebrated short The ErlKing was an official selection at both Sundance and the New York Film Festival. He has directed the BBC/CBC animated series Lunar Jim, and in the U.S. his work has been seen on television in The Simpsons. Both have contributed to Adult Swim's Robot Chicken and Moral Orel and reside in Los Angeles. Learn more about them at camandbenny.com.
Loading...
or
Not Currently Available for Direct Purchase