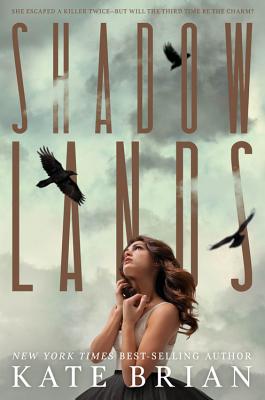 Rory Miller had one chance to fight back and she took it. Rory survived … and the serial killer who attacked her escaped. Now that the infamous Steven Nell is on the loose, Rory must enter the witness protection with her father and sister, Darcy, leaving their friends and family without so much as a goodbye.

Starting over in a new town with only each other is unimaginable for Rory and Darcy. They were inseparable as children, but now they can barely stand each other. As the sisters settle in to Juniper Landing, a picturesque vacation island, it seems like their new home may be just the fresh start they need. They fall in with a group of beautiful, carefree teens and spend their days surfing, partying on the beach, and hiking into endless sunsets. But just as they’re starting to feel safe again, one of their new friends goes missing. Is it a coincidence? Or is the nightmare beginning all over again?

Kieran Scott writes under the pseudonym Kate Brian. She is the author of over two dozen teen novels, including the bestselling Private and Privilege series and The Princess and the Pauper, which was an ALA Quick Pick. Kieran has also written numerous books under her own name, including the He’s So/She’s So and I Was a Non-Blonde Cheerleader trilogies, the first novel of which was nominated as a YALSA Teens Top Ten. Kieran lives in New Jersey with her husband and two young sons.
Loading...
or
Not Currently Available for Direct Purchase