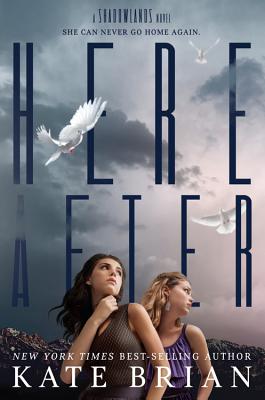 Rory Miller thought her life was over when a serial killer set his sights on her and forced her into witness protection. But a fresh start on Juniper Landing Island was exactly what she and her family needed. For the first time in years she and her sister hang out at the beach, gossip about boys, and party together. She's also made friends with a local clique-including a magnetic and mysterious boy named Tristan.

But Rory's world is about to change again. Picturesque Juniper Landing isn't what it seems. The truth about the swirling fog that rolls in each morning, the bridge that leads to nowhere, and those beautiful locals who seem to watch Rory's every move is more terrifying than being hunted by Steven Nell. And all Rory ever wanted was the truth. Even if it means learning that she can never go home again.
From the best-selling author of the Private and Privilege series comes the second novel in a heart-stopping trilogy about a girl who must pick up the pieces after the only life she's ever known ends.

Kieran Scott writes under the pseudonym Kate Brian. She is the author of over two dozen teen novels, including the bestselling Private and Privilege series and The Princess and the Pauper, which was an ALA Quick Pick. Kieran has also written numerous books under her own name, including the He's So/She's So and I Was a Non-Blonde Cheerleader trilogies, the first novel of which was nominated as a YALSA Teens Top Ten. Kieran lives in New Jersey with her husband and two young sons.
or
Not Currently Available for Direct Purchase
Copyright © 2020 American Booksellers Association