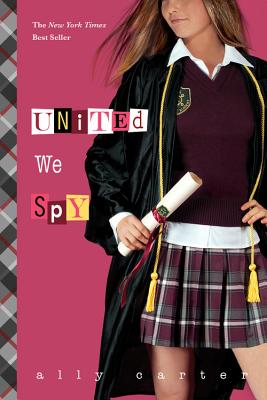 Don't miss a moment of the beloved, bestselling series where spies-in-training navigate double crosses, secret missions, friendship, and first love-now with a bonus epilogue!
Cammie Morgan has lost her father and her memory, but in the heart-pounding conclusion to the best-selling Gallagher Girls series, she finds her greatest mission yet. Cammie and her friends finally know why the terrorist organization called the Circle of Cavan has been hunting her. Now the spy girls and Zach must track down the Circle's elite members to stop them before they implement a master plan that will change Cammie-and her country-forever.

Get ready for the Gallagher Girls' most astounding adventure yet as the series comes to breathtaking conclusion that will have readers racing to the last page.

PRAISE FOR I'D TELL YOU I LOVE YOU, BUT THEN I'D HAVE TO KILL YOU

* "These girls remain the most awesome, kick-butt teens ever, but now readers are also getting a glimpse at what makes them vulnerable...This reviewer loves the series, enjoyed this book, and is struggling to wait for the next one."-—VOYA, starred review

* "This episode is nearly three hundred pages of perfection, and the only regret fans will have when they are done is being one step closer to the final installment of this outstanding series."-—VOYA, starred review