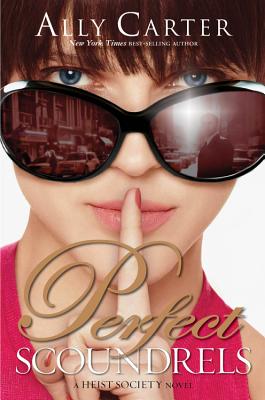 Ally Carter (www.allycarter.com) is the New York Times best-selling author of the four previous books in the Gallagher Girls series: I'd Tell You I Love You, But Then I'd Have to Kill YouCross My Heart and Hope to SpyDon't Judge a Girl By her CoverOnly the Good Spy Young and Out of Sight, Out of Time, as well as Heist Societyand its sequel Uncommon Criminals. Ally lives in Oklahoma, where she is hard at work on her next novel.
Loading...
or support indie stores by buying on
(This book is on backorder)