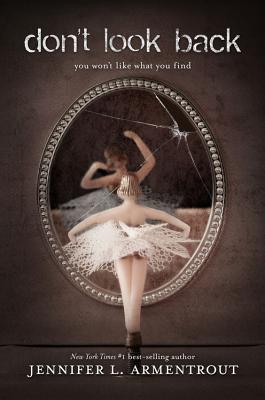 
Praise For Don't Look Back…

Armentrout (the Covenant series) immerses readers in the wildly altered world of 17-year-old Samantha who, upon awakening in a hospital with dehydration, a concussion, and extreme shock, remembers nothing about her life. She is told that she was found in the state forest after being missing for four days and that her best friend Cassie is still missing. Quickly learning that she was both popular and despised at school, Samantha is sickened by her so-called friends and boyfriend, as well as disturbed by the tension between her parents; she attempts to make amends with those she has betrayed and develops a crush on someone she never gave the time of day to before. When Samantha begins to receive notes that urge her to distance herself from her past, she's determined to do the opposite and find out what happened to Cassie while unlocking her memories. Armentrout's taut mystery, chilling images, and smooth writing deliver ample suspense, however, the real impact of the story lies in witnessing an individual's rare chance to rediscover and reshape her identity. Ages 14 up.

Samantha has been missing for days. When she reappears, her entire life seems new, leaving her with many more questions than answers. Her parents, friends, and boyfriend all expect the old Sammy, but the new Sammy is nowhere near the same person. Sammy learns the horrible truth about herself: she used to use her popularity and wealth to control and manipulate everyone. To make matters worse, Cassie, Sammy's best friend, went missing the same day as Sammy, and she is still missing. Most will not admit it, but Sammy feels their stares and is able to read between the lines: they blame her for Cassie's disappearance. Armentrout leaves the reader with many questions: Will Sammy ever recover her memories? Who is to blame for Cassie's disappearance? Did Sammy hurt her friend?

The first-person narrative gives a glimpse into the intense frustration that goes along with memory loss. Sammy shares each of her personal struggles with the reader. After every question and with each clue she finds, the reader partners with Sammy to piece together her discombobulated life. Anyone who picks up this book will develop a close relationship with Sammy, leaving the reader fully invested in the character and the mystery. Sprinkled throughout the story, profanity and flirtation make the dialogue and relationships more realistic. Armentrout tastefully develops love scenes, which may cause the reader to fail to realize the extent of what just occurred. With an unexpected and a little over-the-top resolution, Don't Look Back will keep the reader guessing until the very last page.-Richard Vigdor.

Gr 7-10 From the very first page, readers are thrust into the mind of confused amnesiac Samantha, who finds herself at the center of the mysterious disappearance of her best friend, Cassie. The protagonist was the last person known to see Cassie alive; the problem is that the teen remembers nothing of their last night together and, for that matter, nothing of her life at all. With the help of her brother and the compelling and handsome Carson Ortiz, Samantha figures out that the old Sam, the one she can't remember, might be one that's worth forgetting. Popular, powerful, and mean, she and her best frenemy Cassie had ruled the school and put down anyone in their path. In the search for someone who would have wanted to cause the two of them harm, she realizes that the list could be a long one. Someone clearly knows things no one else could about that night and leaves threatening notes telling the narrator to stop searching for the truth. Readers are led to wonder if Samantha's gnawing suspicion that she might be the culprit herself is right or perhaps if her developing romance with Carson is really a romance with Cassie's killer. The action-filled plot and the shocking revelation of the murderer's true identity will leave fans of suspense and mystery thoroughly satisfied. Joanna Sondheim, Columbia Grammar & Preparatory School, New York City

# 1 NEW YORK TIMES Bestselling author Jennifer L. Armentrout lives in Martinsburg, West Virginia. All the rumors you've heard about her state aren't true. When she's not hard at work writing. she spends her time reading, working out, watching really bad zombie movies, pretending to write, and hanging out with her husband and her Jack Russell, Loki.
Loading...
or
Not Currently Available for Direct Purchase