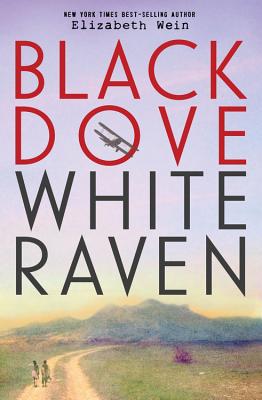 * "Like Em and Teo's tangled history, Ethiopia's is an intricate crosshatch of tradition, progress, conflict, and rich heritage, and Wein gracefully pilots both piercing stories, highlighting the unique circumstances of Ethiopia in the 1930s and the ubiquitous experience of two teens trying to find their places in the world."—Booklist, starred review

"Wein does again what she did so beautifully in Code Name Verity (2012) and Rose Under Fire (2013): She plaits together the historical record, her passion for flying and ferociously vivid characters to create a heartbreaking adventure that grounds readers in the moment even as geopolitical complexity threatens to knock them off their feet. . . . Unforgettable."—Kirkus Reviews

* "At once heartbreaking and hopeful, Rose Under Fire will stay with readers long after they have finished the last page."—VOYA, stared review

*"[An] innovative spy tale built to be savored."—Bulletin of the Center for Children?s Books (starred review)

*"[A] taut, riveting thriller. Readers will be left gasping for the finish, desperate to know how it ends."—School Library Journal (starred review)