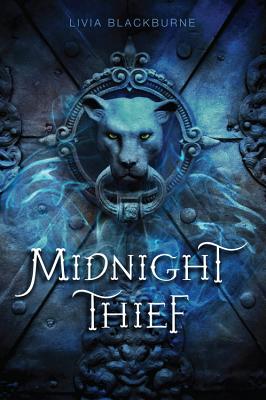 Intrigue prowls around every corner—and danger is a way of life—in this arresting young adult fantasy novel.

Growing up on Forge's streets has taught Kyra how to stretch a coin. And when that's not enough, her uncanny ability to scale walls and bypass guards helps her take what she needs. But when the leader of the Assassins Guild offers Kyra a lucrative job, she hesitates. She knows how to get by on her own, and she's not sure she wants to play by his rules. But he is persistent—and darkly attractive—and Kyra can't quite resist his pull.

Tristam of Brancel is a young Palace knight on a mission. After his best friend is brutally murdered by the Demon Riders, a clan of vicious warriors who ride bloodthirsty wildcats, Tristam vows to take them down. But as his investigation deepens, he finds his efforts thwarted by a talented thief, one who sneaks past Palace defenses with uncanny ease.

When a fateful raid throws Kyra and Tristam together, the two enemies realize that their best chance at survival—and vengeance—might be to join forces, even as their loyalties are tested to the breaking point.

Praise for The Midnight Thief:

"Kyra is a strong, capable female character not in search of a rescue, and Tristam is not in search of a distressed damsel either. On the whole, this is a satisfying read.... Put this in the hands of fans of Suzanne Collins and Veronica Roth."—VOYA

"Blackburne offers up a complex world where no one is entirely evil or good, and even those wrestling for power through less than civil means are inspired by noble intentions. Kyra is an appealing heroine, confident in her physical prowess but insecure in her identity.... There are plenty of narrow escapes, thrilling chases, and tender kisses to accompany the more thoughtful elements here, too, and readers will be pleased with a satisfactory conclusion."—BCCB

New York Times bestselling author Livia Blackburne is a Chinese American author who wrote her first novel while researching the neuroscience of reading at the Massachusetts Institute of Technology.  Since then, she’s switched to full time writing, which also involves getting into people’s heads but without the help of a three tesla MRI scanner. She is the author of The Midnight Thief (an Indies Introduce New Voices selection) and Rosemarked (a YALSA Teens Top Ten nominee), as well as the picture book I Dream of Popo , which received starred reviews from Publishers Weekly and Kirkus.