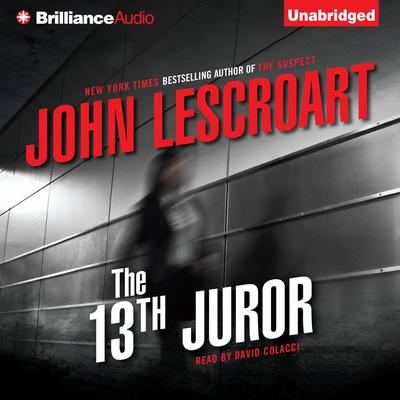 He is obsessed with her innocence. He will be destroyed by her guilt.

The walls were champagne. The house was immaculate. A prosperous doctor lived there with his son and his beautiful wife. But the elegant walls hid a family's secret, a wife's shame. And one day shots rang out in the doctor's house. Suddenly Jennifer Witt was in jail, facing the death penalty.

Jennifer insisted that she had not killed her abusive husband -- and she could never have killed her own son. Dismas Hardy believed her. But Hardy was only part of the defense team, and the only lawyer who continued to believe her...even as her story was torn to pieces, even as her lies came out, even as she was found guilty of murder.

Now there's only one thing Jennifer can do to save her life...and she refuses to do it. So Hardy must do it for her. And in a shocking case of violence, betrayal, and lies, his only weapon is the truth...

The 13th Juror...When innocence is not enough.