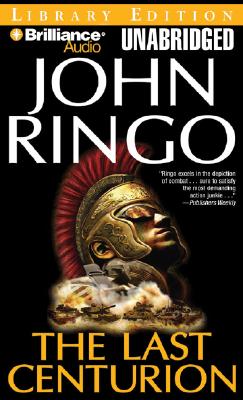 In the second decade of the twenty-first century the world is struck by two catastrophes: a new mini ice age and, nearly simultaneously, a plague that dwarfs any in recorded history. Rising out of the disaster is a character known as "Bandit Six," an American Army officer caught up in the struggle to rebuild the world and prevent the fall of his homeland - despite the best efforts of politicians both elected and military. The Last Centurion is a memoir of one possible future, a world that is a dark reflection of our own. Written blog-style, it pulls no punches in its descriptions of junk science, bad strategy and organic farming - not to mention all three at once. "I am your Centurion. This America shall not fall " " John Ringo's novels are] peopled with three-dimensional characters and spiced with personal drama as well as tactical finesse." - Library Journal "John Ringo's done it again Ghost is a complete adrenaline rush, filled with nonstop, kick-ass action and hair-raising suspense." - Richard Marcinko on Ghost Selected from AudioFile as an Earphones Award Winner.